David Dizon, writer/editor of a leading News Network in the Philippines, Choir Member and host of ROOTS RADIO HOUR on DZBR 531 Bible Radio, recounts his amazing testimony of healing. 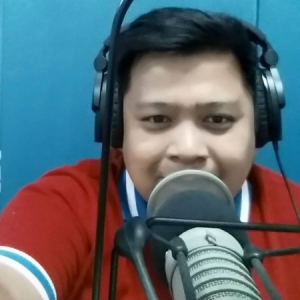 “Pucci Turrecha, our station manager, was the first to talk to me about the concept: to do a radio show of old Christian music. Hymns, Jesus music, contemporary Christian music all the way to 2007 to 2008. And I said yes, thinking it was a great concept.

Before that, for about two weeks, I was coming home every night feeling worn down. I had a hard time breathing. I would be sitting at my desk, literally gasping for air. I would walk 10 feet and feel tired. And then in August, I was about to go to the hospital when my speech suddenly became slurred.

My wife could not understand what I was saying. She was so scared that we immediately rushed to St. Luke’s in probably less than 10 minutes. We got to the emergency room and they did some tests. My blood pressure was at 250/150. The doctors told me very gently that I had a stroke. They discovered I had two blood clots in the brain. I had to stay in the ICU for 36 hours because there was a chance that I could have another stroke.

But here’s the thing: God was faithful. No, God IS faithful. He doesn’t change. What He said before still applies today. He is the same yesterday, today and forever.

Even on the way to the hospital, Maita and I started praying. God, you are my healer. Jesus, you said in your Word, that you were stricken for our transgressions, bruised for our iniquities. That the chastisement that brought us peace was upon you and that by Your stripes we have been healed. I AM healed.

We had to cling to God’s Word. We had to stand by His promises. We had to believe in our hearts that God is good, that He is willing to heal, that He had plans to help us and not to harm, to give us hope and a future.

For more than a month, I had to erase my doubts and feed my faith knowing that God had my back. Because there was no one else. The doctors could fix me up but only God can bring a healing. He was my rock and refuge, a healing Jesus that would make sure that I would continue to live and provide for my family. 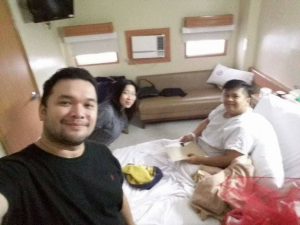 But I had more bad news from the doctor. He said I might need to have an operation to have stents attached to my heart. An angioplasty, which would cost anywhere from P160,000 to P600,000. A bypass, on the other hand, would cost a million. Plus two more months recovery.

Our family had to lift up my situation to God, believe that he heals, and put our faith to the test. We had communion every day. Our pastors prayed for me. Friends prayed for me. Random people would come to me and say that they had heard about what happened and they were praying for me.

I attended every service in the Light Conference when Dag Heward Mills was preaching. When I got sick, I became more discerning about the music I listen to – even Christian music. I listened to music that would uplift and encourage me. I gave no room for doubt.

We prayed and prayed and prayed. When the doctor said I was scheduled to do the angiogram, I was so sure about my healing. I even failed to discuss with Maita if we would push through with an angioplasty if they found that my heart had a blockage.

And here’s what happened. The first words that my doctor told me after the angiogram were: “Good news, Mr. Dizon. You don’t need to have an angioplasty.”

Eight months after the stroke, I was back at work, back to singing, back to writing and I finally gathered enough strength to start Roots Radio Hour on 531 Bible Radio.

My doctor once told me: ‘You’re lucky.‘ There was no loss in peripheral vision, no paralysis. Hindi ako nangiwi. And although I had to recover for a while, every day I thank God for the life He has given me. 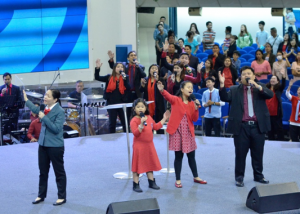 “LORD, I have heard of your fame; I stand in awe of your deeds, LORD. Repeat them in our day, in our time make them known; in wrath remember mercy.” Habakkuk 3:2

We’d love to hear and feature your testimony! Send it to gsnealega@cathedralofpraise.com.ph